Two ways honest ignorance can be your marketing super power

At Platform Creator, we are big fans of being honest about our ignorance in order to be better marketers. So, for example, when we talk with new clients, we might start our conversation by saying matter-of-factly (but never unkindly):

We don’t really understand your website. It seems to be about a number of things and it’s hard to tell which is most important.

Fortunately, most of our clients understand that clarity is something they need help with. After all, unclear messaging is usually why we’re having a conversation in the first place. But by opening with honesty, we can proceed to have a highly productive conversation. It turns out, honesty works. And this leads to the first and most important rule of honest ignorance marketing:

“Raise your hand if you don’t understand.”

We can all clearly remember teachers encouraging us to speak up when we were confused. But some of us probably have even clearer memories of not being willing to expose our ignorance. Our teachers knew things would only worsen if we didn’t get the basics of a subject like algebra early on. Those of us who didn’t raise our hands became painfully aware of that last bit.

Similarly, it’s hard to overestimate how much effort can be saved if you state your ignorance and adopt a rookie mindset.

So, when you find yourself losing track of a conversation during a meeting with your customer or prospect, do yourself and them a favor by asking for clarification. It’s almost impossible to overstate the amount of damage such honesty prevents. And here’s why:

Honest ignorance marketing means knowing you don’t know and being willing to say so. Exposing your ignorance is the first step. Testing your assumptions – or what we call the minding the assumption gap – is the second.

For example, experts say 55% of visitors will leave your website within 15 seconds. And to get them to stay, the user must clearly understand your value proposition within 10 seconds. The most common reason they fail to understand is the assumption gap. And it has two parts – the assumption and the gap. (Do you like that?)

These parts are depicted perfectly by one of the clearest and simplest writers of them all, C.S. Lewis, in his letter to an American schoolgirl on writing advice:

“Remember that though you start by knowing what you mean, the reader doesn’t…

Part 1: Your assumption is they know what you mean. They don’t.

…the whole picture is so clear in your own mind that you forget that it isn’t the same in his.”

We, humans, make each other smarter. We serve as mirrors to each other. Our biggest insights come from outside, not inside ourselves. Especially when we’re honest about our ignorance. After all, if we don’t tell the truth, we won’t learn the truth.

The two parts of honest ignorance marketing are actually straightforward:

It’s not always easy to say so when we don’t understand or go through the rigor of making sure we are understood, but admitting we don’t know can be empowering – even liberating.

If you’re honest, you’ll probably find plenty of opportunities to admit it. 🙃 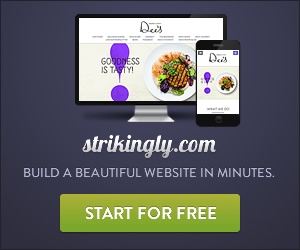